What Goes On In The Minds of The Jury? 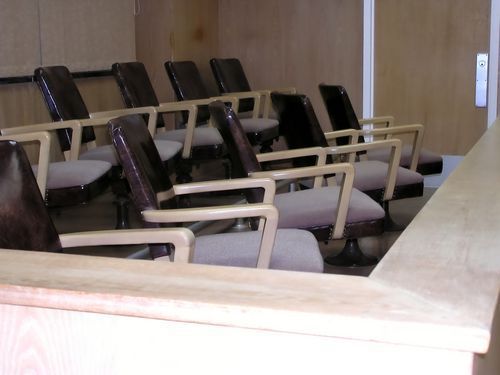 I was sitting in the jury box one morning in a crowded courtroom.  I was just waiting for my case to be called by the court.  While sitting in a juror's chair I wondered what goes through the minds of jurors as they sit in judgement of a case being presented to them in a trial.  I have never served as a juror, so my perspective on this issue must be so different than the real experience of a juror.

I understand that as a trial lawyer, it is my job to portray the evidence in such a way that each juror can clearly visualize the facts in the case and to understand how those facts should be understood in light of the law which applies to those facts.  As I sat in the jury box, I thought of how strange it must be for the twelve jurors to evaluate the facts of a case along with the witness testimony.  In the courtroom, evidence is presented through witnesses and physical evidence.  The evidence is presented through questions from the lawyers and answers from the witnesses.  This is so different from the way most people learn and take in information.  This process can be very scripted, sometimes very boring and dry.  Sometimes this information comes before the jury in an irregular manner, in that, it sometimes it is presented in a manner other than chronologically.  Nearly all the witnesses, except for expert witnesses have never testified in a court so they make many mistakes, they are nervous and sometimes confused.  The jury has one chance to evaluate the witnesses and make a decision on the witnesses' credibility and their ability to observe all they are testifying to from the witness stand.

Once all the evidence is presented, and the law presented by the judge, the trial lawyers have the opportunity to argue the case.  The lawyers attempt to put together all the evidence in a manner such that the jury can understand the evidence presented and explain how that evidence is interpreted in light of the law.  Once the jury has all the information and the arguments of counsel, the jurors, for the first time get to actually discuss the case with the other jurors to make a decision.  After proper deliberation, the jury returns its verdict.

When that verdict returns, I often wonder what was most important to each of the jurors and what was the most influential to those jurors.  If you have been a juror, I would like to know what your experience was like.  What was most important to you?  What did the lawyers do that you liked and what did you not like about the lawyer?  If you can share your experience as a juror, it will help me to be a better trial lawyer in my future cases.