Dog Bite Statistics: What You Need to Know

Although the majority of dogs kept as companion animals show no signs of aggression, dog bite attacks are more common than you might expect. Dogs will bite when they feel threatened or when they are trying to defend their young. To stay safe, you must understand the statistical risk factors for dog bite attacks as well as how to protect your legal rights following an attack.

There are approximately 4.5 million dog bites that occur each year, with a new dog bite attack occurring every 75 seconds. Dog bite victims may suffer broken bones, muscle or nerve damage, and scarring. Anxiety is also quite common following an attack, especially if the victim is a young child.

To fully understand the dangers posed by dog bites, consider the following statistics:

When you evaluate the pattern of dog bite injuries in the United States, several risk factors emerge. The following is a brief overview: 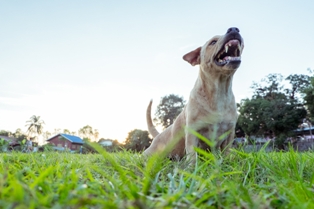 Although any dog can attack if it feels threatened, serious dog bite injuries are most often associated with breeds such as Pit bulls, Rottweilers and German Shepherds.

California is classified as a statutory strict liability state, so you're not required to prove an owner’s negligence to seek compensation in a dog bite attack case. If you've been injured in a dog bite attack, the owner of the dog is responsible for your medical bills and other accident-related expenses. If your child has been injured, you can seek compensation on his or her behalf. In the event of a fatal dog attack, the victim's immediate family members can pursue a wrongful death claim.

The legal team at the Inland Empire Law Group has extensive experience assisting California residents in settling or trying dog bite claims. If you or a family member has suffered a serious dog bite injury, we want to help you find the financial relief you deserve.  Please call us at either (909) 481-0100 or (888) MY IE LAW to schedule a free, no-obligation consultation at either our Rancho Cucamonga or Victorville offices.