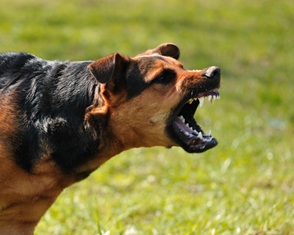 Tending to the victim's physical injuries is the first priority following a dog bite.  Thereafter, the psychological effects of an attack must also be addressed or the victim will have lasting injuries beyond the physical trauma. Being bitten by an aggressive dog is a traumatic experience.  Such trauma can severely damage one’s mental health and sense of security around other dogs.

Shame and embarrassment from the scarring and damage from a dog bite often impact both children and adult dog bite victims. Facial scarring is particularly problematic for an injury victim.  Facial scars are extremely prominent and cannot be easily be concealed by clothing or makeup.  As a result, facially damaged dog bite victims, in many instances, will become introverted, withdrawn and self-conscious. They may also worry that they're no longer attractive to their romantic partner, or that others are staring at their unattractive facial scars.  Unfortunately, our society is often focused on the outward physical appearance and judge people by how they look and not by who they are inside.  Thus, even for those who never considered themselves "vain," they are likely to experience body image issues after a dog bite attack.  They may be seriously concerned that no one will look past their scarring to see what they have to offer.

Contrary to what some defense industry experts may say, children, aren't immune to body image issues following a dog bite attack. Scars can make a child a target of playground teasing and bullying.  These insensitive acts compound the already great emotional distress and further drive a child inward and to become less social and confident. As a child enters puberty and into becoming a young adult, the anxiety about dog bite scars are compounded as they realize their body scars may drive away the very individuals they want to attract or limit their ability to secure employment over those whose bodies are not scarred.

Post-traumatic stress disorder (PTSD) can result following any major trauma, not just trauma from military service.  PTSD symptoms include flashbacks of the event, nightmares, hyperarousal, and negative changes in feelings or beliefs. Those who've experienced previous traumas such as domestic violence, a natural disaster, or a car accident, are at highest level of risk for developing PTSD following a dog bite attack. Additionally, people who have pre-existing conditions and are being treated for anxiety and depression face an increased risk of PTSD complications.

In children, PTSD is harder to detect.  Children lack the language skills to fully express their emotions and fears.  Parents and guardians must be extremely vigilant in watching for PTSD symptoms.  A child’s PTSD may be demonstrated through regression in developmental milestones.  A child may return to bed wetting after being previously toilet trained.  In other circumstances, a child may start to neglect school or fail to complete assignments on time.  Other expressions of PTSD may be found with mood changes, aggressiveness, becoming introverted, uncertainty, unexplained exhaustion or other unusual attitudes which were not previously demonstrated by the child.  These and other symptoms are common signs that a child is struggling with mental health concerns following a dog bite attack.

Fear of animals after a dog attack is not an unusual response by a victim.  People who once loved animals may become anxious and afraid of other animals because due to fear of being injured again.  Dog bite victims may alter their activities due to this fear.  Some individuals may refuse to visit friends or family who have pets in the home when before there was no concern in doing so previously.  Others may become highly anxious or agitated when they encounter a dog walking by, even though it is on a leash and appears to be non-threatening.

Many mental health professionals are trained in assisting with conditions relating to dog bite injuries.  Early intervention with these mental health providers results in the best outcome for those suffering psychological trauma after a dog bite.  Studies show that, normally, the longer a victim waits to begin mental health treatment, the more difficult it will be to resolve the symptoms and improve their overall quality of life.

Psychological trauma related to a dog bite attack can be addressed through several means or methods.  Sometimes, just talking through the trauma and learning how to cope with it is sufficient to overcome the fear and anxiety associated with the mental injuries.  Another option is exposure therapy.  This is a process which involves slowly introducing the patient to a feared situation or object.  Building trust once again can help overcome fear and help build confidence that the victim can once again interact with animals, especially dogs similar to the type that caused the injury.

Play therapy, is another form of counseling used for dog bite victims.  This modality uses guided play to help express emotions.  This method is used mostly with children to help them handle their own dog bite trauma. This treatment approach often involves asking children to draw pictures or to use dolls or stuffed animals to re-enact scenes and learn to better express their fears.

Psychological trauma is considered a valid component of any personal injury claim. If you or your child has been a victim of a dog bite attack, you are entitled to seek compensation for:

Our dog bite injury lawyer at the Inland Empire Law Group has extensive experience assisting California residents in civilly prosecuting dog bite injury claims and securing the proper compensation for these injury victims. Please call (888) MY IE LAW to schedule a free, no-obligation consultation. We have offices in both Rancho Cucamonga and Victorville and serve the injury legal needs of the entire Southern California area.

by David Ricks [email protected]
Connect with me
Rancho Cucamonga Car Accident Attorney and Victorville CA Personal Injury Lawyer Serving Inland Empire
1Steps to Take Immediately after the Attack 2An Introduction to California Dog Bite Laws 3How Do I Find Out if the Dog Owner Has Insurance? 4How Long Do I Have to File a Suit? 5Does It Matter If I Was on Public or Private Property?