Commercial and residential landowners and tenants are required to take reasonable steps to maintain the safety of their property. When a property owner or occupant fails to uphold this 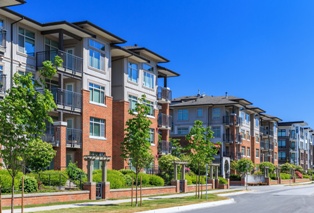 responsibility and a patron, resident, or guest is injured as a result, they may have grounds for a premises liability insurance claim or lawsuit.

Inadequate or negligent security is a type of premises liability claim that seeks to hold a landowner or possessor civilly responsible for injuries sustained in a crime committed by a third party. The idea being that the property owner's lack of sufficient safety measures put others at risk, whereas appropriate security could have prevented the crime or made it less likely. Injuries in inadequate security premises liability claims are often the result of a robbery, assault or battery, rape, or other violent crime.

Examples of negligent security can vary by property and property type, but may include:

The outcome of this type of premises liability claim hinges on a number of factors, including whether the third-party's criminal acts were “reasonably foreseeable” to the landowner or occupant. Though property owners can't be expected to predict the future, they are expected to take notice of a history of crime in their area and take reasonable steps to prevent it. For example, if a rash of muggings were reported in poorly lit areas of the neighborhood, the landowner should ensure their property is well lit.

If you were the victim of a crime that occurred as a result of insufficient security measures on someone else's property, you may be entitled to compensation for medical expenses, lost wages, pain and suffering, and other damages. Contact the Inland Empire Law Group today at (888) MY-IELAW or (909) 481-0100 to schedule a free initial consultation.

by David Ricks [email protected]
Connect with me
Rancho Cucamonga Car Accident Attorney and Victorville CA Personal Injury Lawyer Serving Inland Empire
Be the first to comment!
Post a Comment
1How Does an Attorney Prove My Claim? 2What Determines the Worth of My Claim? 3Is an Accident Report Required to Win My Case? 4What if I Was Injured on City/Government Property?