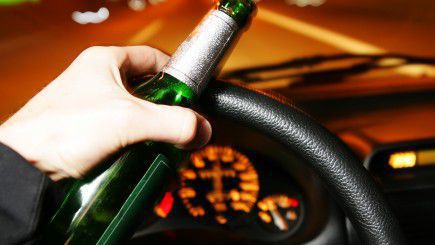 The California Supreme Court will address a significant issue involving the liability of a social host for injuries to, or by, an intoxicated person who paid a cover charge for the alcohol served at a party. The facts of the case started when a 20 year old decided to throw a party in a vacant home owned by her parents. Her parents were unaware of the party. During that party, the word spread and many others joined the party, including those who were not otherwise invited. A cover charge was taken in order to offset some of the cost of the alcohol served. One of the attendees, who just showed up at the party, and who had become intoxicated was asked to leave about 90 minutes later, because he was disruptive to the party.

When this 20 year old intoxicated man drove off from the party, he struck and killed another attendee at the party who was outside at the time. The family of the deceased filed suit against the social host and her parents. California, except in limited circumstances, prohibits liability against a social host for injuries caused by their intoxicated guests. These narrow exceptions include an adult serving alcohol to a person under 21 years of age (Civil Code §1714) and selling alcohol to any obviously intoxicated person under 21 years of age. (Business & Professions Code §25602.1) The liability under Civil Code §1714 came into play after this accident and does not impose retroactive liability. As a result, the family of the deceased is attempting to impose liability on a social host who charges a cover fee, in the same manner as a bar could be potentially responsible for selling drinks to an obviously intoxicated minor.

Because there was a cover charge collected at the door of the party, the claim is that the party host is a seller of alcohol (not exempt from liability) and not a pure social host (exempt from liability). Therefore, because the alcohol was “sold” the host and her parents are allegedly liable for the injuries caused by the party goer. The trial court and the appellate court both rejected this argument and sided with the defendants, holding them not legally responsible for the death caused by the drunk driver. The California Supreme Court must now decide whether to uphold the lower courts’ decisions or to expand liability to a social host to those who charges a cover charge.

What do you think the California Supreme Court should do? Should it, extend the liability to this social host and her parents, or, deny any recovery against a social host who is just attempting to cover the cost of the alcohol served at a party? Let your voice be heard on this issue. Submit your comments and indicate how you would vote if you were a judge on the Supreme Court.