There are approximately 6 million motor vehicle accidents in the United States each year, according to the National Highway Traffic Safety Administration (NHTSA), and decades of research shows that human error is the underlying cause of the vast majority of crashes. In fact, one landmark study found that human driver error caused or contributed to an astounding 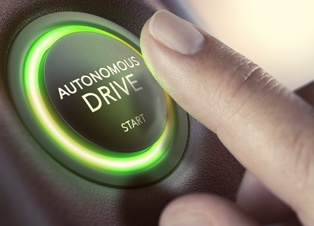 Considering the outsized role driver error plays in causing accidents, automakers and lawmakers alike are embracing new technologies that seek to eliminate the problem of human error and, in turn, reduce the number of crashes, injuries, and fatalities that occur each year. Self-driving cars are one such technology. Also known as autonomous vehicles, these driverless cars are currently being tested by companies like Uber Technologies, Tesla, and Google's Waymo division. However, a handful of accidents involving self-driving cars has called the safety of autonomous vehicles into question—and raised legal questions regarding liability for injuries and other losses sustained in crashes involving a driverless vehicle.

Safety experts are quick to clarify that these accidents don't undercut the technology's overall potential to reduce crashes—and some have even warned the public to expect more crashes involving self-driving cars as these vehicles are integrated into the country's transportation system.

Due to the number of accidents caused by human error—and the reputation of autonomous vehicle technology for improving safety—it's easy to assume that humans must be to blame for any and all crashes between traditional cars and self-driving ones. However, that isn't always the case. For example, in 2016, a Google (now Waymo) autonomous vehicle was found at fault for an accident that occurred here in California.

If you were hurt in an accident involving a self-driving vehicle, you may be entitled to compensation for injuries and other related losses. Unfortunately, the law hasn't completely caught up to driverless technology, which can make seeking damages even more complex and frustrating than usual. Fortunately, our attorneys can help.

The knowledgeable personal injury attorneys with the Inland Empire Law Group have extensive experience helping California accident victims obtain the compensation they need and deserve. Contact us today at (888) 694-3529 to schedule an appointment for a free initial consultation to discuss the details of your case with a member of our team.