Can you still collect compensation for a dog bite if you were trespassing? 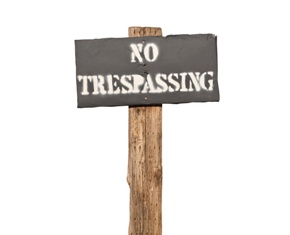 Examples of situations that would be eligible for dog bite compensation include:

Examples of situations that would likely be considered trespassing and thus not eligible for compensation include:

Key factors to remember when considering whether trespassing will be successful as a defense include:

Even if a victim is found to have been trespassing, it may still be possible to sue for negligence in regards to injuries sustained during a dog bite attack. This would allow the victim to collect some compensation for medical expenses, lost wages, and pain and suffering.

To prove a premises liability case involving an allegation of negligence, you must establish duty, breach of duty, injury, and causation. This means you must prove that the owner had a responsibility to act in an appropriate manner in regards to securing the dog, but his failure to do so was the direct cause of your injuries.

One example of a case in which the owner may be found negligent is if the animal was known to have aggressive or violent tendencies. Breed alone doesn't make a dog aggressive, but the court recognizes that owners have a responsibility to secure animals with a history of violence towards others.

Having a dog in a backyard that is not fenced in could also be considered negligent if the neighborhood is in an area where children are known to wander. Dog owners have a responsibility to secure their animals or take precautions to prevent children from entering the property.

If you've sustained injuries in a dog bite attack, legal representation can help ensure that you receive any compensation available under California law. Claims related to dog bite attacks are generally paid under the owner's homeowner’s insurance policy, which means you'll be dealing with an insurance adjuster whose primary responsibility is to keep costs down for his employer.

The Inland Empire Law Group is committed to advocating for the needs of California residents who've been injured in dog bite attacks and to help them secure the best possible results. Please call today to schedule a free, no-obligation case review. Appointments are available at our Victorville or Rancho Cucamonga locations.