When You Need a Concussion Injury Lawyer 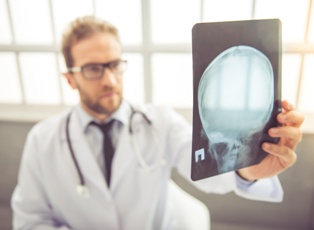 Car accidents are a leading cause of head and brain injuries. Concussions are one of the most common types of head injuries sustained in car crashes. Though these injuries often heal with time, rest, and medical supervision, in some cases, they can have long-lasting negative effects.

People who've suffered concussions in California car accidents caused by another person or company's negligence may be entitled to compensation for damages. If you or someone you love is grappling with the effects of a car crash-related concussion and are considering taking legal action, here's what you need to know.

Caused by a blow to the head—or violent shaking of the head or upper body—concussions are a type of traumatic brain injury (TBI). Though concussions are at the mildest end of the TBI scale, they're hardly a minor injury. Concussions can affect the brain's functions, resulting in headaches, as well as impairments in memory, concentration, coordination, and balance. In some cases, the signs and symptoms of a concussion may be subtle enough to escape initial detection—until the condition begins to worsen. This fact underscores the importance of seeking the right immediate medical attention after a car accident.

Post-Concussion Syndrome from a Car Crash

While most people with concussions heal fully, approximately 10 percent of people who sustain concussions are subsequently diagnosed with Post-Concussion Syndrome. People diagnosed with this condition may suffer a broader—and more serious—array of symptoms that can last for weeks, months, or even years after the accident. Depending on the severity and duration of the symptoms, Post-Concussion Syndrome may make it difficult to hold a job or maintain personal or professional relationships.

Concussion victims may also have a greater risk of being diagnosed with conditions such as post-traumatic vertigo or degenerative brain diseases. Post-traumatic vertigo can cause severe dizziness and problems with balance and coordination, while degenerative brain diseases like chronic traumatic encephalopathy can lead to damage and destruction of brain cells.

Accident victims can seek compensation for economic damages such as medical expenses, lost wages, and loss of earning capacity. Also, because concussions and their related conditions can have such a significant impact on a victim's life and ability to care for themselves, non-economic damages often play a large role in these types of personal injury cases. Unlike economic damages, which compensate victims for quantifiable losses, non-economic damages attempt to compensate for intangibles like pain and suffering, mental anguish, loss of reputation, loss of consortium, reduced quality of life, loss of enjoyment of life, and more. An attorney can help victims determine which damages are appropriate to pursue.

If you suffered a concussion in a California car accident caused by someone else, you may be eligible to pursue compensation via a personal injury insurance claim or lawsuit. The skilled attorneys with the Inland Empire Law Group can help you understand your legal rights and options, and fight for the compensation you deserve as a result of your injuries. Contact us today at (909) 481-0100 to schedule a free initial consultation to discuss your case with a member of our legal team. Don't wait—the time to file a car accident lawsuit is limited.  You can also submit your information in our easy to use forms on our website or in our chat function.  We will promptly respond to your inquiries and will listen to your needs.