I recently read three articles that involved a hit & run accident that brought to my mind the need to let the public know how to protect themselves from the financial losses associated with a hit and run injuries.  The three accidents I read about are as follows:

1. A man in Willowbrook, CA, lost his life, and his daughter was left in a coma, as a result of a hit and run driver outside of an elementary school.  As they crossed the street, in a marked crosswalk, at the intersection of Santa Ana Boulevard and Watts Avenue, a Cadillac Escalade, traveling at an excess speed, struck the two prior to speeding away from the accident.

2. Another hit and run accident was reported from Muscoy.  On April 7, 2012, at the 2400 block of West Third Avenue, two men were hit by a 1990 Chevy Tahoe SUV.  One of the victims died, while the other victim suffered lesser injuries.  The deceased man was identified as David Daniel Ortiz, only 29 years of age.

3.  A pedestrian in San Bernardino was crossing the street in a marked crosswalk at the corner of 13th Street and Sierra Way in the evening when a vehicle struck the pedestrian, critically injuring the middle age man, leaving him with head trauma and internal injuries. 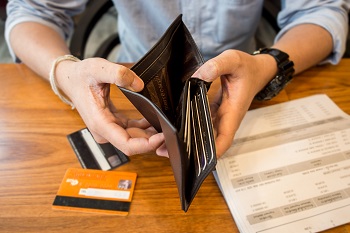 My Experience With Hit and Run Accidents

With a hit & run accident, where the hit and run driver is not found following the accident, the victim can suffer severe damages without the ability to recovery from an unknown negligent driver.  In 2011, our Inland Empire car accident lawyer handled a case involving a young girl struck by a hit and run driver in Fontana, CA, along Arrow Highway.  At that time, her father had no idea what to do but thought something should be done.  After months of complete loss of knowing what to do and seeing thousands of dollars in medical bills, this father consulted with me to determine what rights and remedies he had available.

When our Inland Empire car accident lawyer met with him, he learned about the accident and that the Fontana Police Department had not found the driver who caused the injuries.  Then we began looking into insurance coverage that might be available to pay medical expenses and to compensate his young daughter.  We found that this family had purchased uninsured motorist coverage to protect the family from uninsured drivers.  He did not know a hit & run accident, even when his family members are pedestrians, are covered or protected by uninsured motorist insurance coverage.  This was true even when the hit and run driver is never found following the traffic accident.

Without this type of insurance coverage, the Inland Empire family would have suffered from not only the physical injuries inflicted upon their daughter, but also would have suffered financially from this hit and run accident.  The three accidents listed above, each resulted in serious and even fatal injuries which are not only physically and emotionally devastating, but also can result in a tsunami of medical expenses and debt.  But those families, like my Inland Empire clients, who were prepared with proper insurance coverage have a greater chance of success in recovering financially, physically and emotionally.

My word of advice, first, protect yourself with proper insurance coverage, namely, uninsured motorist coverage.  Then if you, or a family member, is the victim of a hit & run accident, you will have the insurance coverage necessary.  Then, immediately consult a competent and qualified Inland Empire car accident lawyer with experience in handling hit and run accidents and uninsured motorist claims. Our Inland Empire car accident lawyer, David H. Ricks, has the experience, competence and capability to help evaluate your hit and run claim during your free consultation to see if there is anything that can be done to help you recover financially.

Call 909.481.0100 now or fill out this contact form to schedule your free consult with the best Inland Empire car accident lawyer.