Malpractice Encompasses Multiple Types of Physician Errors: Here’s How to Prove Your Claim

The general public places a tremendous amount of trust in medical professionals, but sometimes that faith is misplaced. If you've been a victim of medical malpractice, it's possible to recover compensation if you can provide four key elements of proof.

What Are the Most Common Causes of Medical Malpractice?

Legally speaking, malpractice is defined as actions that deviate from accepted norms of practice in the medical community and cause an injury to the 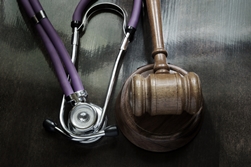 patient as a result. Common malpractice causes include:

Medical malpractice cases are prosecuted under a subset of tort law dealing with professional negligence.

Which Medical Specialties Have the Most Medical Malpractice Claims?

These areas of medicine tend to involve high numbers of very ill patients and the need to perform complex procedures. However, any medical professional can be found guilty of malpractice.

How Do You Prove Medical Malpractice?

There are four factors you need to prove to win any malpractice case:

Of all these factors, proving negligence is usually the most difficult. To be successful, you must show that your doctor's actions deviated from the standard treatment for your condition. This will require expert testimony to discuss how your diagnosis and treatment should have proceeded.

"What Can I Receive for Compensation?"

Medical malpractice awards are based on a number of factors, including past and future medical bills, loss of earnings and future earning capacity, and pain and suffering. The more serious the error that resulted in the malpractice claim, the higher the compensation will likely be.

Over 90 percent of medical malpractice cases are settled before trial, but jury verdicts in favor of the plaintiff average almost double that of an out-of-court settlement. Plaintiffs going to trial reportedly average $799,000 in compensation.

Since proving medical malpractice can be difficult, it’s crucial to enlist a skilled attorney with experience locating the correct experts to testify on your behalf. Inland Empire Law Group is committed to helping victims of medical negligence who received treatment at Kaiser Permanente Fontana Medical Center or another local facility receive the compensation they need to move forward with their lives, but California does have a strict statute of limitations for malpractice claims. Please call us at (888) MY IE LAW to learn more.