Having a child suffer a preventable birth injury during the labor and delivery process is every parent's worst nightmare. Unfortunately, medical malpractice-caused birth injuries are an all-too-common occurr 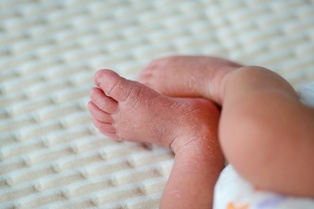 ence in the United States. Of the nearly 4 million infants born each year, approximately 28,000 sustain a preventable injury during childbirth, according to the Agency for Healthcare Research and Quality (AHRQ).

The injured infants and/or the parents of injured newborns as a result of medical malpractice may be entitled to compensation for a wide range of damages.  If you're considering taking legal action for a medical malpractice birth injury, here's some things you should know before proceeding.

The terms “birth injuries” and “birth defects” may sound similar, but they're far from interchangeable. The primary difference between these two terms has to do with when the harm occurred. Birth defects occur while the fetus is growing and developing in the womb, and are often the result of genetic or environmental factors, while birth injuries happen during the labor and delivery process and may be caused by medical errors or malpractice on the part of doctors, nurses, orderlies, or other hospital staff.

Delayed birth, forced delivery, and failure to monitor the mother or fetus can result in serious birth injuries.  According to the AHRQ, the following 10 types of birth injuries are those most commonly associated with medical malpractice:

In California, there is a further consideration prior to bringing a medical malpractice action for a birth injury.  California law prevents any injured person to recover more than $250,000.00 in pain and suffering or non-economic damage.  Any substantial judgment comes from future economic losses such as future medical care and assistance for the family to provide care for the injured child.

If your child sustained a serious birth injury due to possible medical negligence do not delay taking action because critical information and witnesses will get lost over time.  The experienced medical malpractice attorneys with the Inland Empire Law Group can help you pursue compensation for economic and non-economic damages like medical expenses, support care, pain and suffering, and more. Contact the Inland Empire Law Group today at (888) 694-3529 or (909) 481-0100 to schedule a free appointment to evaluate your claim.  We are available for in home appointments or at one of our offices in Rancho Cucamonga or Victorville, California.