When it comes to retained surgical objects, what is classified as a foreign object?

In a single medical procedure, a surgical team can use up to 250 different objects and tools. Anything that is inadvertently left inside a patient qualifies as a foreign object for the purpose of filing a malpractice claim.

Retained surgical objects can include:

Sponges make up about 70 percent of retained surgical object cases. Sponges are easily left inside a patient because they are very small and hard to spot with the naked eye once they 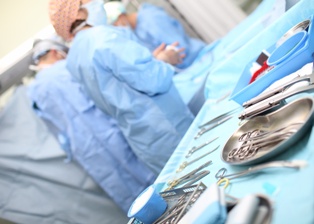 have been used to soak up blood. Large surgical instruments such as forceps are the least likely type of foreign object to be left inside patients but in rare instances they have been left behind.

Foreign objects are most likely to be left behind when the patient is having emergency surgery or there are unexpected complications during an otherwise routine procedure. The majority of claims for malpractice involve objects left in the abdomen, vagina, or the chest cavity.

Symptoms caused by foreign objects in the body include:

Although large foreign objects in the body are often discovered fairly quickly, there have been cases of smaller retained surgical objects going undetected for years. Patients often mistake their initial discomfort as part of the recovery process or a common illness such as the flu.

Since foreign objects should never be left inside a patient, you have a solid malpractice claim if you have discovered a retained surgical object inside your body. You can seek compensation for medical expenses, lost wages, and pain and suffering.

Inland Empire Law Group serves residents with medical malpractice claims throughout San Bernardino and Riverside County and in cities such as Rancho Cucamonga, San Bernardino, Victorville, Fontana, and the surrounding areas. Our Rancho Cucamonga medical malpractice attorney can assess the worth of your case, line up the evidence to support a malpractice claim, and negotiate with the insurer on your behalf for the highest possible settlement. Contact our California injury attorneys at (888) 694-3529 today to schedule a free, no-obligation consultation.