It's important to carry liability car insurance in California. If you're seriously injured in an accident, the law gives you the opportunity to file a personal injury lawsuit and seek a financial award from the driver whose negligence caused the crash. However, if you're an uninsured motorist, California's Proposition 213 prevents you from pursuing and collecting certain types of damages to which you'd otherwise be entitled. Don't let a lack of liability car insurance and law knowledge rob you of the chance to fight for the compensation you need to get your life back on track.

Prop 213 and the Importance of Liability Car Insurance

California is a fault car insurance state that requires motorists to carry a minimum of liability insurance on their vehicle or face stiff penalties, such as 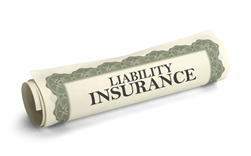 fines and suspension of vehicle registration. In 1996, the state took this mandate a step further with the passage of Proposition 213. A punitive statute heavily promoted by the insurance companies, Prop 213 effectively prevents uninsured motorists from collecting general or non-economic damages after a car accident, even if they weren't the driver who caused the accident.

General or non-economic damages—also known as “pain and suffering” damages—include:

Under Prop 213, if a motorist isn't carrying the minimum amount of liability insurance at the time of an accident, he's not eligible to file a lawsuit to receive compensation for general or non-economic damages. This can make it much more difficult for car accident injury victims to get the help they need to recover.

However, Prop 213 doesn't affect their ability to pursue compensation for easily-calculable economic damages, such as:

Fortunately, the state of California offers a variety of resources that help motorists obtain liability insurance coverage that meets or exceeds the required amounts.

While Prop 213 is a harsh law, it does contain two notable exceptions.

Were You Injured in an Accident?

If you were injured in a serious car accident in California, you need a team of knowledgeable injury recovery specialists to help you get the best compensation possible. The skilled personal injury attorneys with the Inland Empire Law Group can help you explore your legal options, and fight for the recovery you need and deserve. Contact our Victorville or Rancho Cucamonga law offices today to schedule a free initial consultation to discuss your case.