Protecting Your Right to Compensation in a Skin Cancer Malpractice Case

The American Academy of Dermatology reports that 1 in 5 people will develop skin cancer at some point in their lives, with 8,500 people being diagnosed each day.

Although skin cancer is the most common form of cancer in the United States, the condition is often misdiagnosed. Depending upon the circumstances and the delay in obtaining a correct diagnosis, this may qualify as a form of medical malpractice. 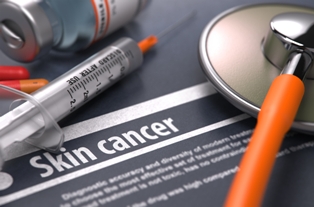 The warning signs of skin cancer can be remembered with the ABCDE rule.

Factors Leading to a Misdiagnosis

Skin cancer is often misdiagnosed as eczema or another less serious skin condition. Some of the most common reasons for this misdiagnosis include:

Although it's understandable to be angry if your skin cancer was initially misdiagnosed, not all cases of misdiagnosis qualify as malpractice. To be eligible for compensation under malpractice laws, you must prove that a reasonable care provider would have correctly diagnosed your skin cancer and that the delay in diagnosis caused verifiable and significant harm.

If your skin cancer was correctly diagnosed in the early stages and your treatment options were not affected, your care provider would not be guilty of malpractice. However, a longer delay that worsened your progress may lead to a malpractice claim.

Compensation in a malpractice case can include reimbursement for medical costs, lost wages, and pain and suffering. A skilled attorney can explain what types of compensation you may be eligible to receive based on the circumstances of your case.

The legal team at the Inland Empire Law Group has extensive experience handling malpractice claims and can assist patients who've received a skin cancer misdiagnosis. Call (888) MY IE LAW to schedule a free, no-obligation consultation at our offices in Rancho Cucamonga and Victorville.