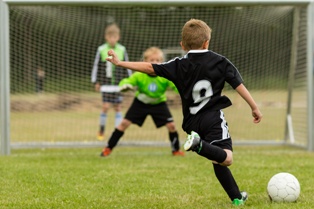 Sports accidents are a leading cause of traumatic brain injuries (TBIs) in children and adolescents. According to the Centers for Disease Control and Prevention (CDC), children age 14 and younger account for roughly 640,000 of the TBI-related emergency room visits reported each year. More than half—or an estimated 325,000—of those trips to the emergency room were the result of TBIs sustained while playing sports or engaging in recreational activities.

When children and teenagers suffer TBIs, the consequences can include devastating impairments, deficits, and disabilities, as well as a lifetime of expensive medical and assistive care—the cost of which can quickly become unmanageable. However, young athletes injured because of another person or entity's negligence may be entitled to compensation.

If your child or teenager was the victim of a sports-related TBI, here's what you need to know if you're considering taking legal action.

Types of Traumatic Brain Injuries and Their Effects

TBIs occur when the head or upper body sustains a bump, blow, or jolt that's strong enough to disrupt the brain's normal functions; these injuries can also be caused by an object that penetrates the skull, resulting in damage to the brain's tissue. TBIs—and their effects—are often grouped by severity, as follows:

Youth sports and recreational activities most frequently associated with TBIs include:

The brains of young children and adolescents are still developing, which makes them particularly susceptible to long-term damage impairments or disabilities after sustaining a TBI. Additionally, these segments of the population frequently engage in sports and recreational activities that could put them at risk for not only one head injury, but multiple TBIs.

Sustaining a second head injury before the first has completely healed may lead to Repetitive Head Injury Syndrome, which is also known as Second Impact Syndrome. Repeated head injuries that occur over a period of time can lead to debilitating cumulative neurological and cognitive deficits. These impairments can negatively impact a victim's ability to function at school, hold a job, maintain social relationships, or even care for themselves.

The Risk of TBIs is Part of Sport Activities

While sporting activities have a risk of injury, including TBIs, those risks can be either increased of decreased by the condition of the field or playing surface.  For example, increased risks of harm can occur when a soccer field has an open hole in the playing surface, an ice hockey rink that has a missing piece of safety glass or a base pad on a softball field is old and defective.  When risks are needlessly increased, liability can be imposed on those who were negligent in increasing those risks.  So if an injury occurs in a sporting event, the injury itself is not necessarily actionable unless it is caused by an event outside the normal risks of the particular sporting event.

If your child sustained a serious head injury while playing sports or participating in a recreational activity, you may be entitled to compensation, if the cause of the injury is beyond the scope of the normal risk of the sporting activity.  The knowledgeable San Bernardino personal injury attorneys with the Inland Empire Law Group can review the facts of your case, and help you understand your legal rights and options. Do you have questions about whether you have grounds for a personal injury claim? Contact our Rancho Cucamonga personal injury lawyers today at (888) 694-3529 or (909) 481-0100 to schedule an appointment for a free initial personal injury consultation to discuss the details of your case with a skilled member of our legal practice.