Had an Accident with a California Government Owned Vehicle? Three Things to Know to Avoid Ruining your Government Claim 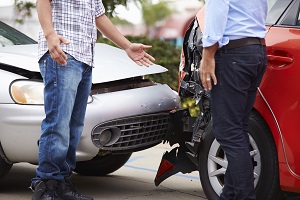 For Claims against State and Local Governments within California

Accidents with government owned vehicles are not entirely uncommon. For example, an accident can occur with a city owned bus making an improper left turn, or a police car that is traveling at a high rate of speed without the proper warning lights and siren, a fire truck rear ends a stopped vehicle or just a simple traffic accident with a County or State owned car. No matter what type of government vehicle is involved in a collision, the government employee, and his or her agency, can be held liable for the injuries caused by a negligent government employee. However, there is a different set of rules that must be followed to preserve and protect your right of recovery against a government agency and its employee.

Here are three critical things to know to avoid ruining your government claim for personal injuries or the wrongful death of a loved one.

1. Don't Miss Filing the Government Claim Within Six Months of the Accident

This time limitation is critical to remember because the time for filing a government claim is a much shorter than for a private accident. A “Government Claim” is a document that must be submitted to a particular individual for the government agency that caused the injury. This form must be properly submitted before a lawsuit can be legally maintained against a government agency. It must be presented timely, or you lose your rights to make any recovery against the government for your injuries. The general rule is that the claim must be filed within six months of the date of the injury, there are some limited exceptions, but I would not want to rely on those exceptions.

2. The Government Claim must Encompass all the Claims You Intend to Bring

When submitting a government claim, you need to make sure all the claims you intend to bring against a government entity are identified in the claim. If you don’t include all claims, you may barred from raising an omitted claim later on. The rules about government claims are relatively strict and must be followed to bring a claim. If the claim is either late, or incomplete, these failures may prevent or limit your rights.

3. Once the Government Agency Rejects the Claim, a Lawsuit Must be Filed within Six Months to Enforce your Rights

If you properly filed your claim with the government agency, the government will either accept or reject the claim. If they reject it, which is usually the case, you only have six months from the rejection notice to file a lawsuit to enforce your rights for injury compensation. If you file your lawsuit a day late, you lose your rights for any compensation for your accident related losses. This deadline may be less than a year following the accident, depending on the time you filed your government claim and when you received your rejection letter. If there is no objection to the claim, then the time to file a lawsuit is extended. But most claims will be denied as a matter of routine, even if later on the claim is settled.

IF YOU MISS ANY GOVERNMENT CLAIM DEADLINES, OR YOU DO NOT PROPERLY DESCRIBE YOUR CLAIM, YOU MAY RUIN ANY CHANCE YOU HAVE TO GET PROPER COMPENSATION FOR YOUR INJURIES AND DAMAGES. The best advice to anyone who has been injured by a government employee or agency, is to seek the help of an experienced personal injury attorney who understands these deadlines and can help you recover what you deserve.

The Inland Empire Law Group, and their legal professionals, stand ready to assist you with your government claim for injuries and losses. Call now for a free review of your case and an analysis of your personal injury rights. Call Now. 909-481-0100.