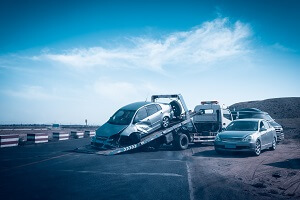 Once again, Rancho Cucamonga has seen the untimely loss of life on its highways and roadways. This time, a young 22-year-old woman, Yasim Rashawn Doris Baines, was struck by a second car following her car becoming disabled from an apparent solo car crash into the center divider on the. The reports of the accident indicate that Ms. Baines was in her 2014 Nissan Versa in the early morning hours of June 23, 2014. She allegedly lost control of her car and struck the concrete center divider of the freeway. The car came to rest in the carpool lane. Unfortunately, another car, driven by Jose Magana, was in the carpool lane and was unable to avoid the disabled car in front of him. He struck the left rear portion of the Versa. This second impact caused Ms. Baines to be dislodged from her car, thereby resulting in her death from traumatic injuries. The community and citizens of Rancho Cucamonga mourn the death of one of their own in this tragic accident.

The investigation of this type of accident will, or should include, an analysis of the "black box" found in the 2014 Versa. Many cars now have these black boxes or event data recorders (EDRs) installed in them. They have a lot of information stored in them during a period of time leading up to an accident. They EDRs record information about speed, throttle position, brake application, engine speed and velocity change through the collision. Some EDRs in vehicles also record steering input angles. In the Baines accident, this information is clearly helpful in identifying the cause of the events leading to the initial accident. If the Magana vehicle has an EDR, it too can be accessed to analyze the efforts made by this driver to avoid the collision. So often, how things appear initially, are not necessarily the way they turn out to be following a detailed investigation.