When are punitive damages appropriate in a car accident case? 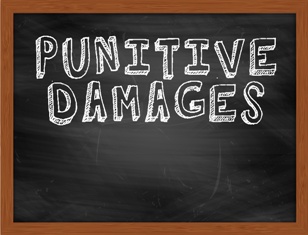 What Is the Difference Between Compensatory and Punitive Damages?

When Can Punitive Damages Be Awarded?

The circumstances for awarding punitive damages in a car crash claim has to arise above a mere accident.  For punitive damages to be applicable, there must be severe forms of misconduct. For example:

California Civil Code Section 3294 states: “In an action for the breach of an obligation not arising from contract, where it is proven by clear and convincing evidence that the defendant has been guilty of oppression, fraud, or malice, the plaintiff, in addition to the actual damages, may recover damages for the sake of example and by way of punishing the defendant.” Key terms are defined as follows:

How Are Punitive Damages Determined?

Some states place a cap on punitive damages in personal injury settlements, but California does not. The law only states punitive damages must be proportionate to your compensatory damages. This means that cases involving serious and permanently disabling injuries may be eligible for the highest punitive damages.

While not the deciding factor, state law also requires that the defendant's financial situation be taken into consideration when deciding the dollar amount of the damages to be awarded. Since the purpose of punitive damages is to deter future bad behavior, a wealthy defendant with ample resources can be expected to pay a higher punitive damage award than someone who is living paycheck to paycheck.  A large punitive damage claim can provide the deterrent impact on a wealthy person or company while a smaller award might accomplish the same purpose on a person of lesser financial means.

How Can an Attorney Help Me Prepare My Case?

Since cases involving punitive damages involve complex factual and legal issues, it is vital that you have an experienced personal injury attorney available to advocate for your needs. Your attorney can help you line up evidence, document expenses, and negotiate with the insurance company or others on your behalf. This leaves you free to focus on recovering from your injuries to the fullest extent possible. Personal injury attorneys work on a contingency fee basis, which means there is no upfront cost for your legal representation. The attorney accepts a percentage of your final settlement as the fee for his services.  If the attorney is unsuccessful in a contingency claim, then he does not get paid for his work.