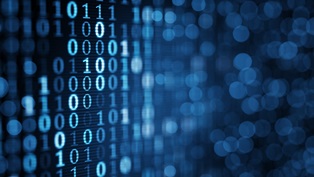 Most people realize that airplanes typically have a black boxes that record information from the flight computers and cockpit audio.  After a crash, these boxes are used by investigators to help figure out what caused the accident. What you may not know is that newer cars, maybe even your car, has a similar tracking system.

A car's black box is officially known as an event data recorder (EDR). Most new cars sold in the United States since the mid-2000s contain an EDR, but they have been in use since 1994. The information regarding whether your vehicle contains an EDR is typically found in the owner's manual.

Some models will also track your GPS location and pull video or audio from inside the vehicle. However, this tracking capability is not limitless. After a crash, the black box will only have recordings for about 20 seconds before the accident.  Also, many black boxes will only record up to three “events” before the older events automatically erase themselves with newer events.  “Events” are generally impacts to the vehicle while the vehicle is running.

EDRs are only capable of recording when the vehicle is turned on. If there is no battery power and the ignition is not turned on, the device cannot function.

To access the data recorded by your car's black box a special data retrieval toolkit with appropriate software, hardware, and a cable that connects to the vehicle's onboard diagnostics port is required. Additional training is also required to correctly interpret the data pulled from the vehicle’s computer.

Some insurance companies for commercial vehicles have specific clauses allowing them to download black box data following an accident. The policyholder's acceptance of the coverage serves as consent.  If you don’t want your insurance company to access your data, make sure your policy does not require disclosure as part of your insurance policy.

Proving fault and showing that the impact could cause injuries are essential parts of any personal injury claim. Black box data can be useful in three types of cases:

Black box data is regularly recorded over, which means that you must act quickly to preserve this vital evidence.  Some devices are only able to record for about 30 days before they will begin erasing data.

If the vehicle involved belongs to a company, such as a commercial trucking service, the data is considered the company's property. They might destroy the data unless you have notified them to preserve the data or you have a court order preserving the data.

In some cases where you are unable to access black box data from the vehicles that were directly involved, data from other vehicles may be helpful in supporting your case. For example, if a semi-truck's EDR was erased, pulling black box data from an impacted vehicle may provide enough helpful information regarding changing speed and braking to improve the chances of making a successful claim.

In a case handled by the Inland Empire Law Group involving a four vehicle accident, the black box data from our client’s vehicle was sufficient to establish our client’s controverted versions of the events of a collision.  Even though there were four vehicles involved in the collision, the information from only one vehicle showed the series of events which took place which differed from the story told by one of the at fault drivers.  This information moved the case from a settlement in the low five figures to a six figure case where two insurance companies from two of the drivers contributed to the settlement.

If you have been involved in a car accident, you may need help with your case by accessing the data from a black box.  Your attorney can put the opposing side and insurance company on notice that they are to preserve that black box data of the defendant’s vehicle.  Later your attorney may need to obtain a court order to get the information and then use the data as evidence in your personal injury claim. For this reason, it is recommended that you seek legal representation as soon as possible. Since personal injury claims are accepted on a contingency fee basis, there is no upfront cost associated with having an attorney advocate for your rights.

If you have been injured in an accident caused by another driver's negligence, protect your right to compensation for medical expenses, lost wages, and pain and suffering by contacting Inland Empire Law Group. Call today to schedule a free, no-obligation initial case review. Appointments are available at both our Rancho Cucamonga and Victorville offices.