When someone you love dies suddenly as a result of a medical professional's mistake or negligence, your entire life can turn upside down. Not only do you have to cope with a torrent of grief and anguish, you also have to make the difficult decision whether or not to file a medical malpractice wrongful death claim to pursue compensation for damages. Understanding what constitutes medical malpractice and wrongful death claims, and what types of compensation are available to survivor claimants—as well as consulting with an experienced personal injury attorney—can help you decide how to proceed.

Some people mistakenly assume that medical malpractice is an instance in which a patient receives a poor outcome during a medical treatment or procedure, particularly when a positive outcome was expected. However, that isn't necessarily the case. In 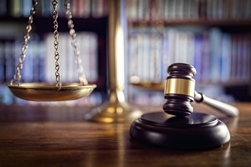 order to be considered medical malpractice, a patient must have received substandard care that resulted in a grave mistake that caused serious injury or death.

However, if a claim does meet the criteria for medical malpractice and the patient died as a result of that negligent care, the decedent's survivors—such as his or her spouse, domestic partner, or children—can file a medical malpractice wrongful death lawsuit to pursue compensation for damages related to the loss of their loved one.

Wrongful death plaintiffs who were financially dependent on the decedent can pursue a monetary award for economic damages, such as:

Survivor claimants can also pursue compensation for non-economic damages, such as:

The amount claimants receive for such non-economic damages is decided by a judge or jury, and can vary dramatically.

California's medical malpractice laws can make it difficult for plaintiffs to be victorious in their lawsuits. If you believe you have a strong medical malpractice wrongful death claim, securing the representation of a knowledgeable and experienced personal injury attorney is likely to give you the best chance of receiving the fair financial award you need and deserve.

Contact the Inland Empire Law Group today for a no-cost, no-obligation evaluation of your medical malpractice wrongful death claim. We have offices in Rancho Cucamonga and Victorville, and our skilled team of attorneys is standing by to answer your questions and address any concerns you may have.