The Definitive Guide to Understanding Drunk Driving Crashes in California

When the Ad Council and the U.S. Department of Transportation (DOT) started the Drunk Driving Prevention campaign in 1983, alcohol impairment played a role in nearly 50 percent of fatal vehicle accidents. Though that percentage has dropped significantly in the decades since, thousands of people are still seriously injured or killed in drunk driving crashes each year, many right here in California. In fact, serious injury accidents and fatal crashes involving alcohol-impaired drivers have risen dramatically in the Golden State since 2018.

"Every day, about 28 people in the United States die in drunk-driving crashes — that's one person every 52 minutes. In 2019, these deaths reached the lowest percentage since 1982 when NHTSA started reporting alcohol data — but still 10,142 people lost their lives. These deaths were all preventable." 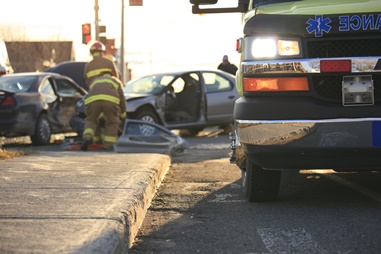 That is a lot of preventable deaths and a lot of misery caused by drunk drivers.  These cited statistics above do not include all the injuries suffered by the conduct of drunk drivers.

If you were hurt or lost a loved one due to a drunk driver, you need skilled legal representation to maximize the potential recovery for the losses sustained. Fortunately, you've visited the right website if the car crash happened in California.  At the Inland Empire Law Group, our Inland Empire car accident attorney represents injury victims in California personal injury and wrongful death matters. Considering filing an insurance claim or lawsuit? Here's what you should know about drunk driving crashes in California, including how our adept attorney and legal team can help you fight for compensation.

How Does Alcohol Affects Driving Performance?

People who drink and drive often claim that doing so doesn't negatively affect their driving performance, but decades of research prove otherwise. Numerous studies show that consuming alcohol before driving can:

Driving with a blood alcohol concentration (BAC) of .08 or higher is illegal in California and most other states, but alcohol's impairing effects begin much sooner. For example, vision impairments can start when BAC is as low as .02.

Getting Help for Your Injuries from Drunk Driving Crashes in California

When drunk driving crashes in California that seriously injures you or kills someone you love, it can be difficult to know what to do or where to turn for help. If the district attorney gets involved and charges the at-fault motorist with driving under the influence (DUI), you might think you and your family are well on your way to getting the justice you deserve. The purpose of the criminal justice system, however, is to enforce the law and deter crime, and isn't particularly concerned with making crime victims whole in the process. If your idea of getting justice for drunk driving crashes include getting compensation for your related injuries and other losses, you'll need to pursue a claim through the civil process, which may includen filing a civil lawsuit. For your best chance at recovering damages for your injuries, hiring an experienced Inland Empire car accident attorney to defend you should be a top priority.

However, even though criminal penalties for a DUI don't include financially compensating accident victims, a DUI conviction can serve as valuable evidence in a personal injury or wrongful death civil case.

Potential Compensation and What You Have to Prove

Our Inland Empire car accident attorney can conduct a thorough investigation into the accident and gather vital evidence to support your claim. Depending on what we find, potential damages may include compensation for all crash-related medical treatment (including the estimated cost of future care), lost wages and loss of earning capacity, pain and suffering, emotional distress, and other losses. If your loved one died because of drunk driving crashes in California, our Inland Empire car accident attorney can help you seek compensation for wrongful death damages.

Drunk driving crashes in California can threaten to turn your entire world upside down—and if you weren't the one at fault, you shouldn't be forced to bear the financial consequences. Let our Rancho Cucamonga car accident attorney review your case, explain your rights, and help you explore your options for compensation. Don't wait to get the legal help you need and deserve. Contact us today at (888) 694-3529 to schedule an appointment for a free initial consultation.