Insurance Companies Take Advantage of the Underrepresented, Don't Let This Happen To You 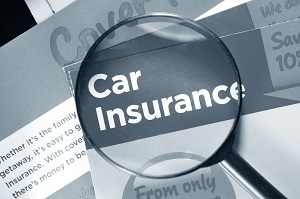 A couple of months ago, we had the privilege of settling a client’s case for the policy limits of the opponent’s insurance policy.  While this was not unusual news, especially since we have done that many times before, what is instructive from this case was the way the insurance company dealt with our client, both before and after she hired our firm.  This story is rather typical for those dealing with insurance company adjusters on their own.

Ms. Client (I am withholding her real name), was involved in a severe auto v. auto rear-end automobile collision.  The accident was so bad that it caused her Audi A4 to be declared a total loss.  This accident caused her to loose consciousness and suffer post-traumatic concussion syndrome for about a year.  Over the course of her medical treatment she incurred approximately $37,000.00 and lost earnings in the mid-five figures.  Unfortunately, Ms. Client had allowed her auto liability insurance to lapse and was personally uninsured at the time of the accident.  (The legal implication for being uninsured is discussed later in this article.)

Attempting To Resolve The Claim

Prior to Ms. Client arriving at our office, she did everything she could to resolve her injury claim on her own.  She negotiated with the insurance company’s adjuster, as well as their attorney, all to no avail.  What should have been settled early on for a reasonable sum, the adjuster and attorneys refused to pay her what she deserved.  In fact, they denigrated her and discounted her medical expenses and claimed that she could not have lost the income that she did.  Ultimately, in sheer frustration, she sought legal help.  She interviewed several attorneys, then hired our office.

As soon as we got involved in the action, we could see why she was having so many problems.  Obstruction and denial was the theme of the defense.  Deny she needed the medical care she received.  Object to the amount charged by the medical providers as being unreasonable.  Reject the claim of loss of earnings because a real estate agent just could not make any money in 2008.  We filed suit, served the responsible driver with a Summons and Complaint and changed the attitude of the case.  Thereafter, we went through extensive discovery (depositions, interrogatories, requests for productions of documents and requests for admissions).  Finally, we agreed to mediate the case.  Months went by without the slightest hint of cooperation from the insurance company.  In fact, the insurance company would not pay its share of the $300.00 mediation fee.  Frustration with the attitude is an understatement.

Finally, We Made It To Mediation

In preparation for the mediation, our office submitted an eight page mediation brief with over fifty pages of supporting documents.  We had it delivered to the mediator and the opposing attorney over a week prior to the mediation.  Until we arrived at the mediation, the defense attorney had not provided any brief.  Then when a brief was provided, it consisted of one page of double space text.  Within an hour of the commencement of the mediation, the insurance company capitulated and offered to settle the case for the available insurance policy limits of their insured.  In fact, because I spoke with the adjuster before the hearing and told her she had to settle the case for the policy limits, she had a typed release and the check in hand.

Why Did It Take So Long?

Why was it so difficult to resolve?  I believe the simple answer is, strategy and money.  The unwritten and unspoken strategy seems to be to create enough frustration that the injured person gives up in frustration at dealing with the tactics of the adjuster and accepts whatever is offered.  Others just don’t want to deal with the claims procedure.  Consider this, if these tactics result in even a 10% reduction of any claims payment and in the course of a year the insurance company pays out $200 million dollars in claims, that savings results in a $20 million savings to the insurance company.  Additionally, they held on to the settlement funds for an additional two years instead of paying them out early on.  Is it worth it to treat claimants poorly?  You bet it is.

So What Can We Learn From This Experience?

First, following an accident, consultation with a good personal injury attorney is critical, even if you don’t ultimately hire one.   The attorney can evaluate the claim to determine if you need an attorney to avoid getting short changed.  Additionally, if you hire the lawyer, he or she will protect you from the tactics and disrespect often directed towards an unrepresented person.  Finally, with an attorney on your side you shift the balance of power and knowledge.  Ultimately, having a lawyer willing to stand up to the insurance company, all the way through trial if necessary, is the rights to recover pain and suffering damages.  (See Civil Code §3333.4).  Otherwise, the recovery is limited to actual monetary losses.]