Rear-End Collisions Can Cause Serious Injuries: Learn How to Protect Yourself 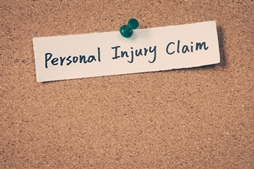 Rear-end collisions are the single most common type of auto accident in the United States. According to the National Highway Traffic Safety Administration (NHTSA), over 40 percent of traffic accidents are classified as rear-end collisions. If you've been injured in a rear-end accident, it's vital you understand what injuries may result and how to protect your legal rights to compensation for the damages you've suffered.

The severity of injuries in a rear-end accident will depend upon how fast you're traveling, how fast the other vehicle is traveling, and whether you were wearing a seatbelt. The injuries generally fall into one of four categories:

If you've been involved in rear-end accident, you should seek immediate medical attention even if you feel fine. Many symptoms don't appear for several days and it's crucial to establish a link to the cause of your injuries in order to be properly compensated.

Rear-end accidents can be caused by a number of factors. The following are the most common causes:

Liability for Damages in The High Desert Region of California

In about 90 percent of cases, liability for a rear-end accident lies with the driver striking a vehicle from behind. Possible exceptions to this liability include:

In a case where both drivers are found to have contributed to the accident, eligibility for compensation is reduced by a percentage of fault. This means that if you're found to be 50 percent at fault for the accident, you'll receive only half of the damages you'd be entitled to if the other driver was found to be 100 percent at fault. However, there is no standard formula for determining comparative fault in California personal injury claims. A skilled attorney can often negotiate a lower percentage of fault on your behalf, thus increasing your financial recovery.

If you’re injured in a rear-end collision caused by another driver’s negligence, you’re legally entitled to compensation for accident-related medical expenses, loss of income, and pain and suffering.