Are you sharing the road with driverless vehicles? It's possible. Though it may sound like science fiction, self-driving cars and even semi-trucks without human drivers are being tested in cities throughout the nation by companies like Tesla, Waymo (a division of Google), and Uber Technologies. 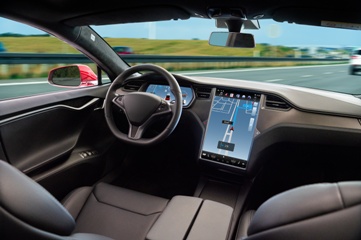 If the idea of having the car next to you driven entirely by an internal computer makes you nervous, you're not alone. Multiple studies have shown that Americans remain skeptical of autonomous vehicles and their purported safety. Now the results of a National Transportation Safety Board (NTSB) investigation into a fatal accident involving one of Uber's self-driving test vehicles show that the skepticism may not be entirely unfounded.

Were you hurt in a crash caused by a driverless vehicle? You may be entitled to compensation. Here's what you should know before taking legal action.

Automotive experts have touted the supposed benefits of self-driving cars to a dubious public for years. These alleged benefits include improved:

Autonomous vehicles have been involved in a handful of serious crashes since manufacturers began testing them in cities all across the country. Several fatal crashes resulting in the death of the driver involved Tesla vehicles in Autopilot mode. These accidents are being investigated by the NTSB. A 2018 accident involving an Uber Technologies vehicle that fatally injured a pedestrian was also the subject of an intense NTSB investigation, which has worrisome results.

Despite the many potential benefits of driverless cars, this complex and complicated emerging technology isn't perfect or completely without risk. Additionally, accidents aren't entirely unexpected at this early stage. Developers and safety experts have warned for years that there would be an increase in crashes involving self-driving vehicles initially as the technology is implemented on a grand scale.

However, what the NTSB investigation revealed wasn't the growing pains of an emerging technology, but a glaring oversight: The software hadn't been programmed to understand that pedestrians might jaywalk. The car's sensors had detected the victim nearly six seconds prior to the collision, but the autonomous system couldn't properly classify her—identifying her as a bicycle or “other”—and, as a result, didn't know how to respond.

If you were hurt in an accident caused by an autonomous vehicle, you may be entitled to compensation for economic and non-economic damages, such as medical expenses, property repair or replacement costs, lost wages and income, pain and suffering, and other losses.

Unfortunately, crashes with driverless vehicles often involve complicated legal issues that can make getting a full and fair financial recovery difficult. Increase your chances for a successful case resolution by protecting your rights from the start:

At the Inland Empire Law Group, our skilled attorneys help personal injury victims get the compensation they deserve. Hurt in a crash with a self-driving car? Contact us today at (888) 694-3529 or (909) 481-0100 to schedule an appointment for a free consultation.