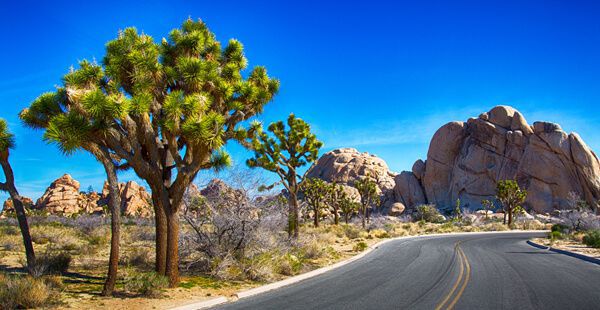 California Inland Empire’s High Desert region is located northeast of Los Angeles and the San Gabriel Mountains. This area is predominantly rural with agricultural, light industry and retail as it major commerce. The High Desert includes the Victor and Antelope Valleys, and is home to a combined total of approximately 890,000 residents sprawled out throughout the area. Situated in San Bernardino County, Victorville, Apple Valley, Hesperia and Adelanto are some of the more notable cities in the region, which also includes more than two dozen unincorporated communities.

As individuals who reside in the High Desert know, real estate is affordable compared to the Greater Los Angeles Area. Some points of interest include Edwards Air Force Base, the Victor Valley Museum and Art Gallery in Apple Valley, and the Route 66 Museum in Victorville. Through the middle of the High Desert runs Interstate 15, the main highway from the Los Angeles Area to Las Vegas and beyond. This freeway is used by millions of vehicles every year. With the increasing population of the High Desert, as well as the increasing traffic volume on Interstate 15, in the past decade or so, the region has begun to garner a reputation for a disproportionately high number of traffic accidents for the amount of residents living in the area.

In An Accident? Requst a Consultation at Our Victorville Office

Because “High Desert” is a local term for a rather vaguely defined geographic area, complete automobile accident statistics for the region are unavailable. However, a look at the data for accidents in San Bernardino County alone is enough to paint a grim picture. According to the California Highway Patrol’s 2013 Annual Report of Fatal and Injury Motor Vehicle Traffic Collisions, the county reported 235 traffic accident-related fatalities and 8,177 accident-related injuries in a single year. The following information from that report shows the number of deaths and injuries for notable San Bernardino County cities in the High Desert in 2013:

The region’s startling accident statistics have led some to question what makes driving in the High Desert so dangerous? Is the cause of so many accidents the area’s rural roads, distracted or tired drivers, alcohol or drug use, or excessive speed? A thorough examination of the issue reveals that it’s likely a combination of these and several other factors, including:

While the entire High Desert is known for its above-average number of serious accidents, some roads and areas in the region are considered more dangerous than others. For example, the 151-mile Highway 62—also known as Twentynine Palms Highway—has claimed more than 182 lives since 2002, earning it the unwanted distinction of being the deadliest road in the High Desert. On this notorious road, the intersection of Highway 62 and Yucca Mesa Road has a reputation for being particularly dangerous, with at least 5 people having been killed in crashes at the intersection between 2007 and 2014.

The Cajon Pass portion of Interstate 15 is another road that reports frequent accidents. There were 3 fatal accidents and 121 collisions with injuries reported from March to September of 2014; the same several-month span saw 4 deaths and 190 accidents with injuries in 2015. On the Cajon Pass, the majority of accidents occur between Cleghorn and Oak Hill Roads.

Highway 138 is also exceptionally dangerous due to its two lanes and wide open stretches where motorists will speed through not realizing the dangers of merging traffic or oncoming traffic. While Highway 138 is entitled Pearblossom Highway, it is nicknamed “Blood Alley” for its high rate of traffic related deaths and serious injury collisions. Popular Mechanics identified it as the seventh most dangerous road in the United States.

In these and other parts of the High Desert, the following types of accidents are common:

What to Do if You’re in a Car Accident

Being involved in an automobile accident can be an incredibly frightening and confusing experience. The moments directly after the accident are crucial and, if you’re physically able, collecting some basic information at the accident scene may help your legal team secure compensation for you should you decide to move forward with a lawsuit. If possible, write down the insurance and contact information for the other drivers, as well as contact information for any witnesses. Taking photos of the damaged vehicles, or any skid marks or debris in the road, may also be helpful.

Trying to get justice—not to mention recover sufficient damages—after an automobile accident can be both confusing and overwhelming. That’s why professional legal representation is key. The experienced team of attorneys with the Inland Empire Law Group may be able to help accident victims and their families receive compensation for the vehicle’s repair or replacement, medical expenses, lost wages due to the inability to work, future medical bills related to the accident, and even pain and suffering.

Let the Inland Empire Law Group’s knowledgeable team of personal injury attorneys work to help you get the compensation you deserve. From our office in Victorville we’re proud to serve the entire High Desert region. Call (909) 481-0100 or (888) 694-3529, or request a free, no-obligation consultation to get help today.