Drugged Driving: Understanding the Effects of Marijuana on Driving 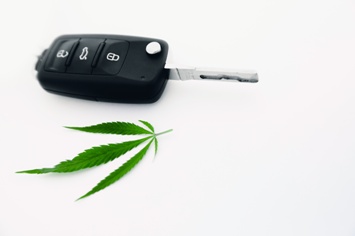 Driving Under the Influence of Marijuana

Marijuana use continues to grow as the government has relaxed its battle against the drug.  However, the mere fact it is "legal" to use does not lessen the fact marijuana impacts the competency to drive a car. For example, studies show that marijuana can have the following effects on drivers:

Additionally, the "higher" a drugged driver is, the more likely they will engage in risky behaviors such as speeding, weaving in and out of lanes of traffic or failing to recognize safe distances between vehicles.  Research shows that these effects tend to be the strongest within 30 minutes following the use of the drug.

Under the right—or, rather, the wrong—conditions, any of these impairments can and often do contribute to a crash resulting in significant injuries of other individuals or occupants of the drugged driver.  In all too many instances, someone dies because of the poor decision of driving while under the influence of drugs.  Remember, driving and marijuana, don't mix.  Driving while under the influence of marijuana is illegal.  Sadly, the illegality of the act alone doesn't stop people from smoking a joint and getting back on the road.  When someone falls victim to an collision caused by a drugged driver, they need legal help to secure a fair and proper recovery from the injuries suffered in the collision.

What are the benefits of getting a lawyer to protect you soon after your injuries?  First, the lawyer can gather evidence while the evidence is still fresh and on everyone's mind, or while there may be video from a near by gas station or store.  Second, a high quality lawyer can establish a position of strength for you against the insurance company, this protects you from the bullying of a well funded defense.  Third, a lawyer can help you with getting the right medical care to give you the best chance of achieving the best recovery from your injuries.  Fourth, you will have someone you can rely upon in your time of need and give you the confidence to focus on your future.

If you were hurt in a crash caused by a motorist who was driving under the influence of marijuana, you need an experienced injury recovery professional to investigate your accident case and gather the evidence necessary to build a strong case for damages.

At the Inland Empire Law Group, our team of skilled personal injury attorneys and paralegals helps accident victims recover compensation for medical expenses, property damages, lost wages, pain and suffering, and other losses. Contact us today at (888) 694-3529 or (909) 481-0100 to schedule an appointment for a free initial consultation to discuss your case and find out how we can assist you.