Dealing with the aftermath of a serious California truck accident is often physically and emotionally exhausting. You're running yourself ragged obtaining medical treatment for your injuries, getting repair or replacement estimates for your damaged vehicle, sorting out issues arising from your unexpected and unavoidable work absence, and delegating pressing 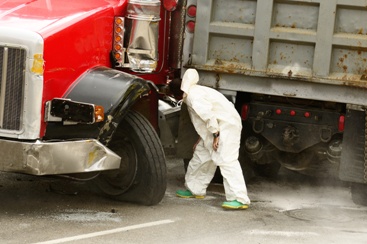 social, familial, and household responsibilities while you recover.

It's a lot to deal with.  Though you suspect you have ample grounds to bring a personal injury lawsuit against the negligent truck driver or trucking company that caused the accident, with so much going on, getting involved in a legal battle may be the last thing you feel up to doing at that point. It's tempting to put the idea of seeking compensation on the back burner until things are less overwhelming. You don't want to do that.

Delaying legal action can result in valuable evidence being lost or destroyed.  This can happen intentionally or negligently often by the trucker or trucking company involved in the case or others. The sooner you hire an attorney to represent you, the sooner they can get to work preserving the evidence you need to build a strong case for damages.  One of those tasks is sending an evidence preservation letter to require the retention of evidence associated with the collision.

Gathering evidence is a vital step in any motor vehicle accident case, but truck crashes involve more evidence than most. In addition to standard auto accident evidence—such as photos, police reports, and contact information for the other driver and witnesses—truck accident cases involve a trove of unique evidence that victims can use to prove their claims. This special evidence can include:

As you can imagine, having access to this kind of evidence can be extremely helpful when seeking compensation for truck accident injuries and losses. Unfortunately, when crash victims try to obtain this information, they can run into two problems: The trucking companies have this evidence and it tends to go "missing" when accident victims file lawsuits against them.

Altering or destroying evidence related to a truck accident case isn't legal. In fact, the Federal Motor Carrier Safety Administration (FMCSA) requires that trucking companies keep many of these types of records for six months to a year. Sadly, not all companies comply with these regulations, especially when they could face significant liability for a crash. Fortunately, a preservation letter can help.

Also known as a spoliation letter, a preservation letter informs the trucking company that you're an accident victim intent on pursuing a personal injury claim against them and their commercial driver. It also notifies them of the requirement to preserve important evidence related to the case and reminds them of the potential legal consequences for failing to do so.

It's best to have an attorney draft and submit the spoliation letter for you to ensure it's legally valid. Hire an attorney as soon as possible after a truck crash so that they can send this important legal letter before key evidence is lost.

We Can Help You Preserve Valuable Truck Accident Evidence

Let the injury recovery professionals with the Inland Empire Law Group help you gather and preserve evidence in your truck crash case. Our spoliation letters put trucking companies on notice, so you can gain access to the records and documents needed to prove your injury claim. Contact us today at (888) 694-3529 or (909) 481-0100 to consult with one of our injury professionals.  The call is free and you will have the information you need to decide if we are the right law firm for you.