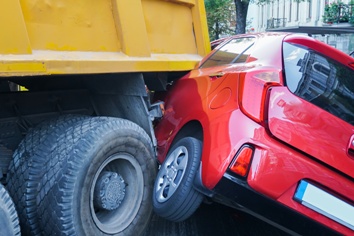 Serious truck accidents happen every day—both in California and across the country—and when they do, the driver and occupants of the involved passenger vehicle are particularly vulnerable to injury and death. As a result, large truck-related fatalities are not uncommon. In fact, more than 4,000 people were killed in truck crashes in 2018 alone, according to the Insurance Institute for Highway Safety (IIHS). Consider these other startling facts and statistics:

If your loved one was killed in a commercial truck crash caused by another person or company's negligence, you may have grounds for a wrongful death lawsuit and be entitled to compensation.

Losing someone you love due to someone else's negligence can be particularly heartbreaking and, if you were dependent on the victim's income or benefits, it can also be financially devastating. At the Inland Empire Law Group, our adept personal injury attorneys understand—and we're here to help. Contact us today at (888) 694-3529 or (909) 481-0100 to schedule a free consultation to discuss your case, your rights, and your options for compensation.