What happens if I am injured in an accident caused by an excluded driver? 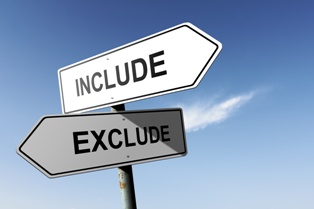 The most common reason why people opt to exclude drivers is to save money on their car insurance. California law requires good driver discounts of 20 percent or more for drivers with no accidents during the past three years. (Cal Ins Code §1861.02) This law has been on the books since 1988 and also requires that drivers who do not qualify for the discount due to a household member's poor driving record be given the opportunity to exclude the problem driver in exchange for lower rates.  If the driver is excluded, that driver should not be behind the wheel of a car for which they are an excluded driver.

In addition to the money-saving aspect of excluding specific drivers, some people opt to take advantage of the excluded driver option to prevent a policy from being canceled altogether. This scenario is most likely when the problematic driver has a recent conviction for driving under the influence (DUI) or a related offense that would put a driver in a "high risk" category. Also, some parents or guardians opt to exclude teen drivers if they do not intend to allow driving privileges.

Insurance Coverage After an Accident in Riverside County, CA

Permissive use is a concept that allows a vehicle owner to maintain coverage when a friend or family member borrows the vehicle for a short time. For example, permissive use would cover an accident caused by a friend who is allowed to use the car to drive the store to pick up a gallon of milk or to run errands while a vehicle is in the shop. Permissive use applies in most situations where the driver has a valid license and is not using the vehicle on a regular basis or for a commercial purpose.

Excluded drivers do not qualify under permissive use because the auto insurer has been specifically told they are not allowed to drive the vehicle. When an excluded driver has an accident, the claim will be denied automatically. Even if there is a legitimate medical emergency that requires the excluded driver to operate the vehicle to take the policyholder to the hospital, there won't be any insurance coverage available to cover liability and property damage. Medical coverage may still be available, but this varies according to the terms of the specific policy.

Collecting Damages From a California Accident Involving an Excluded Driver

In addition to collecting from your own insurance, you can attempt to collect from the driver and/or vehicle owner's personal assets, however, direct recovery may be very challenging. If you are seeking recovery from your uninsured motorist coverage or the responsible driver, you can seek compensation for:

Collecting damages from the liable party's personal assets can be challenging since it is not always readily apparent what assets are available for a settlement.  In cases involving accidents caused by excluded drivers, the assistance of an experienced personal injury attorney can prove invaluable.

If you have been injured in a car accident in California by a private individual or company, you have two years to file a personal injury claim for damages.  If you been injured by a government entity, you need to submit a government claim within six months from the date of the collision. Inland Empire Law Group's attorneys have extensive experience assisting California residents in receiving compensation for car accident injuries. Call us today to schedule a free, no-obligation consultation at either our Rancho Cucamonga or Victorville offices at (909) 481-0100.

110 Things to Do Immediately After an Accident 2When Should I Hire an Attorney? 3The Importance of Medical Treatment after an Accident 4Can I Get Compensation Even If I'm Partially at Fault? 55 Things That Can Hurt Your Claim