Teen Drivers Are a Leading Cause of Serious California Car Accidents

Learning to drive and getting a license is a powerful rite of passage for many California teenagers. Unfortunately, it's also one of the most dangerous things they'll ever do.

Research shows that the risk of being involved in a motor vehicle accident is higher among teens aged 16 to 19 than it is for drivers in any other age group. In fact, per mile driven, teen motorists are three times more likely to be in a fatal crash than drivers age 20 or older—and more often than not, inexperience is to blame. Sadly, teen drivers' lack of experience 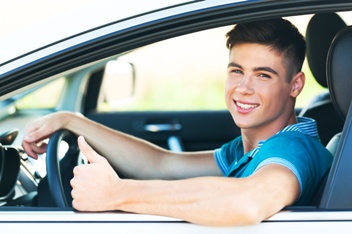 and propensity for causing accidents endangers everyone on the road.

If you were hurt or lost a loved one in a crash caused by a negligent teenage motorist, you may be entitled to compensation for related medical expenses and other losses. Here's what you should know before taking legal action.

Teen crashes can have any number of causes. However, most can be boiled down to underlying factors like immaturity, inexperience, distractions and limited driving skills. For example, teenage motorists often have trouble scanning the road and detecting and responding to hazards in a timely manner, correctly judging gaps in traffic, turning safely, and driving appropriately in inclement weather conditions. Other common causes of teen car accidents include:

Hurt in a left-turn, rear-end, run-off-road, or other accident caused by a negligent teen driver and facing serious losses as a result? The injury recovery professionals with the Inland Empire Law Group can help you seek compensation for a wide variety of damages, including related medical expenses, lost wages, loss of earning potential, and pain and suffering. In our many years of practice, our skilled attorneys have helped thousands of clients in situations similar to yours collect the full and fair financial recovery you need and deserve after being injured due to someone else's carelessness. Want to find out how our accomplished legal team can help you? Contact us today at (888) 694-3529 or (909) 481-0100 to schedule an appointment for a free initial case consultation.